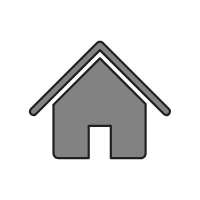 Roofers have a tough job. They work at heights, carrying heavy shingles and nailing them to the roof's surface. In addition to working hard, roofers are also very knowledgeable. They can recommend the best roofing material to fit your budget and preferences, and they can make repairs, as needed, to ensure your roof continues to keep your home safe. There's a lot to learn about roofing. We are not professionals, but we consider ourselves to be well-informed, and we share the information we know on this website. As you read, you will learn more about roofing as a profession, and you may also pick up some roofing tips you can use on your own home.

Why Do You Need Commercial Roofers To Work On Your Property's Leaking Roof?
9 January 2023

Shingles are what protect your home from leaks and water damage. Their granular surfaces encourage the water to run off into the gutters, and their asphalt underlayers prevent any lingering water from seeping through. You might not think one missing shingle is a big deal, but it can and eventually will lead to leaks. Here is a closer look at why a missing shingle compromises the integrity of your roof, along with some advice regarding having that roof fixed.

How A Single Shingle Can Lead to Leaks

Standard shingles have three tabs. When the shingles are placed on the roof, they are placed in a staggered manner so that each shingle covers the gap left between two of the shingle panels above. So if you lose a shingle — which is typically just one tab of a three-tab sheet — there is a chance that missing shingle will leave the seam between two other shingles exposed. Water can then travel right down into the gap. It may not leak in immediately because the layer of tar paper under the shingles will stop it somewhat, but it will leak very soon.

So what if the missing shingle does not directly expose a gap? Well, you won't get a leak quite as soon, but your roof will eventually leak. Water will be able to seep under the exposed, torn edge where the shingle is missing, and then it will start seeping in. Once one shingle is missing, the neighboring ones are likely to tear off, too.

What Can Be Done About a Missing Shingle

Replacing a missing shingle is a little harder than you might assume. You can't just nail a new shingle on top of the gap. Some people do this as a temporary fix, but it can do more harm than good since you're creating more exposed nail holes that water can leak through. You're best off calling a roofer to replace the missing shingle.

The roofer will remove the damaged shingle sheet and then loosen the sheet above it. They may have to completely remove the nails from this above shingle sheet in order to do so. Then, they will slip another sheet of shingles underneath the lifted one, and nail everything back into place. A few gobs of roofing cement over any exposed nails will help prevent leaks, going forward.

A single missing shingle might not seem like a big deal, but it will lead to leaks if you don't take care of it. Call a roof repair contractor sooner rather than later.